EVERYTHING YOU NEED TO KNOW ABOUT THE ETHEREUM  EIP-1559 UPGRADE

In recent times cryptocurrencies which have been around for more than a decade have become so much more popular with more people especially in the developing world and countries, the year 2020 was a massive year of a mega bull run (appreciation in prices of assets ) in the crypto industry.

cryptocurrencies were popularised on the cheap transaction fees they offered as compared to traditional banks when sending money, their privacy and anonymity, their reach to the lower-income populace of the world etc. but during the period of several millions of transactions and congestion of the Ethereum network users paid very high fees for their transactions to be processed and overtime, this became a problem with the Ethereum network and users and developers on the Ethereum blockchain began to look for solutions to the high cost of transactions

Ethereum developers have continued to work and build several projects; while the media has always tried to detract them, traders and investors have also stayed around.

The story that has made its rounds recently is Ethereum Improvement Proposal 1559 (EIP 1559), which came with its concept of UltraSound Money. The implication of this improvement to crypto traders and investors who have always borne the brunt of the high transaction fees paid on the existing network will be signed by all measures.

EIP-1559 will change the current Ethereum network fee structure. The Current Ethereum fee structure uses the traditional auction mechanism whereby everyone submits a price at random, which they’re willing to pay a miner to process their transaction.

The Generally observed practice is that miners will process transactions from people who have paid the highest fees. Thus, nobody has a baseline for what other users have paid; this system ensures some people overpay for transactions. But

by switching the Ethereum network to the EIP-1559 suggests that by standard operation in the industry, users would be able to save over 90% in transaction fees as they would no longer have to estimate the transaction fees paid. Instead, users would have to pay a predetermined base fee (the base fee price, which will vary according to network congestion).

If anyone wants a miner to process their transaction faster, they can add a separate tip an extra amount on top of the predetermined base fee. An example to explain the base fee + tip mechanism.

You buy spring rolls at a shop where each spring roll is $1.50. $1.50 is the base fee for anyone who wants a spring roll. You’re in haste and starving, but the shop has a huge line that will take 35 minutes to get through. But the shop introduced a Spring roll Improvement Proposal (SIP-1559) where you could tip the Seller any amount in addition to the $1.50 cost of the spring roll to get your spring roll faster.

The higher the tip regarding others in line, the quicker you get your spring roll, as this would incentivize the Seller to sell to you over others, not adding a prize to the base price of the spring roll. The EIP-1559 works in the same process as illustrated above with transactions carried out on the network in the EIP-1559 upgrade. Users of the network pay a predetermined base fee and can add a tip if they would like miners to process their transactions faster.

To Crypto Traders and Investors, the Ethereum EIP-1559 ensures that

The transaction fee you pay to have your transaction processed goes entirely to the miner under the current auction system, but  Under the EIP-1559 upgrade, the base fee is burned; this ensures that the amount of Ether paid as the base fee is removed from the circulating supply.

At the same time, the Ether produced as a tip goes to the miner. This burning mechanism is essential to crypto traders and investors because this is where the infamous UltraSound Money phrase plays out as the EIP-1559 makes Ether deflationary by burning more Ether than is issued into supply annually.

Ethereum 2.0 researcher Justin Drake says an estimated 1000 ETH will be issued and 6000 ETH burned daily, reducing the annual collection of Ether by around 1.4%. The reduction in Ether supply with EIP-1559 upgrade is to rival that of the Bitcoin supply reduced in 3 halvings, as posited by analysts.

This upgrade comes when the fees generated by the Ethereum network have hit an all-time high of $6M+, and the supply of Ether held on exchanges has continued to hit all-time lows after the other. From this, you can assert that while the demand for Ethereum is increasing rapidly, the EIP-1559 upgrade mechanism is set to reduce the supply of Ethereum potentially significantly,

This mathematically would lead to an increase in price for Ethereum from the basic knowledge of economics higher demand with lower supply leads to price appreciation. However, this does not mean an instant rise in Ether’s price with the EIP-1559 upgrade as price and fundamentals are not always correlated in the short term significantly.

Fundamentals as the EIP-1559 upgrade reminds you that cryptocurrency as an industry has not yet fully matured and that there is actual adoption going; price will not always reflect this. Therefore, when you’re trading or investing, It is mandatorily critical to have a proper Risk Management plan in place. 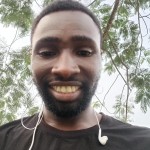